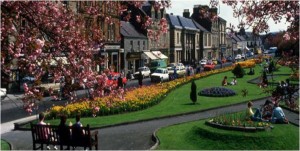 Galashiels is a well known Borders rugby town in the heart of the Scottish Borders with a population of around 15,000. A combination of pleasant parks, good parking and shopping facilities and excellent eating places make it a popular though not overcrowded tourist town within easy reach of several well known visitor centres.

Galashiels is a university town being home to the Scottish Borders Campus of Heriot Watt University specialising in textiles. Since September 2015, the newly opened Waverly Rail Line connects Galashiels to Edinburgh.

The home of Sir Walter Scott.
One of Scotland’s most fascinating places.Created almost 200 years ago on the banks of the River Tweed in the Scottish Borders, Abbotsford was the culmination of Scott’s creative ambitions as a writer and the fount of his inspiration.